KNOWING THE GOD I THOUGHT I KNEW

Do you feel an insatiable stirring within you? One you have difficulty explaining to friends, family and even your pastor?

In Kingdom Awakening, Matthew Spivie shares his personal journey in coming to a Hebraic / Kingdom understanding and gives much needed insight in how to navigate the difficult waters of going against “the societal and religious norm.” 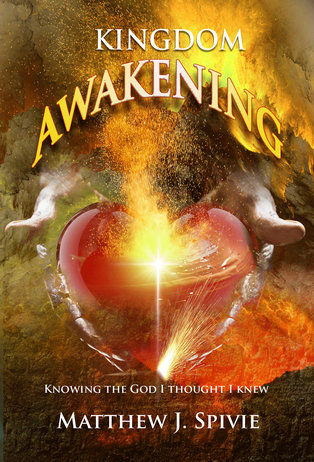 “KINGDOM Awakening – Understanding the GOD I thought I knew,” was written as a result of my long pursuit and ultimate discovery of my purpose in life. I have come to realize the fundamental nature of this search and have opted to share the testimony of my personal experience that you too may come to understand the nature of this season, while discovering all that GOD has for you.

I welcome you to join me on this path of discovery in fulfillment of GOD’s call in your life. It will make you ask yourself some deep, searching questions and I encourage you to “Shake your head” of former thoughts and conclusions you may have had and to think afresh to see just how big our GOD truly is.

The goal of this book is to help you understand the Hebraic stirring deep within you as GOD desires to lead you into a fuller understanding of HIS Scriptures, HIS Ways and HIS SON, YESHUA (JESUS), our Messiah.

My hope is that this book will provide inspiration, insight and truth to those seeking to know GOD in a deeper and a fuller dimension. If your relationship with GOD is enriched because of I this book, then every hour of research and study will have been well worth it, for in the end, it is not what we know, but how we live it that is of the utmost importance. And how we live is directly dependent on knowing HIM, the All-Mighty GOD, Creator of Heaven and Earth, the GOD of Israel and all mankind!

Death of a Friend

“We are in a time of great revelation”

“Therefore, if anyone is united with the Messiah, he is a new creation—the old has passed; look, what has come is fresh and New!” 2 Corinthians 5:17

I believe that we are in a time of great revelation, I believe that now more than ever. It’s more than just a season of enlightenment, but rather a New Era. An era in which I call a “KINGDOM Awakening.” GOD is radically stirring the hearts of many within HIS body of believers, unveiling the uniqueness of HIS giftings and restoring hearts to HIS “Original Intent” and purposes. Many in ignorance have tried to suppress HIS stirrings, desperately clinging to their denominational moorings as the Hebraic reality of the roots of our faith keeps staring them in the face, waiting to expand the depth of their knowledge of HIM.

The essence of this awakening within their soul is the Spirit of GOD restoring all things back to what it was supposed to be – where HIS glory can be fully seen in the earth. HE’S restoring our spiritual insight that we may truly know who we are in HIM! Well known apostolic and prophetic teacher, Dutch Sheets, coined a new phrase in his description of this season when he said “in this new era GOD’S people will be ‘Kingdomised not Churchised,’ meaning they will be a Kingdom-minded people, not a religious one. We need to walk fully in this knowledge.

To walk in “KINGDOM Alignment” means HE’S returning us to our original Adamic positioning before the fall – Kings and Priests of this “Seen Realm,” called Earth. Covenantaly aligned with the Creator of the Universe and all there is – living as citizens in HIS KINGDOM.

My hope is that this book will provide inspiration, insight and truth to those seeking to know GOD in a deeper and a fuller dimension. If your relationship with GOD is enriched because of this book, then every hour of study and research will have been well worth it, for in the end, it is not what we know but how we live it that is the utmost importance. And how we live is directly dependent on know HIM, the Almighty GOD, the Creator of Heaven and Earth, the GOD of Israel and all mankind.

What people are saying

"I recommend every Christian read this book. I think it's eye opening and will cause one to think."

"This book is extremly helpful bringing great insight in navigating the Hebraiac awakening in one's life. I wish I had this earlier in my ministry""

"Your defining the Bible as being "One Book" not divided and your discussion on HIS Covenants and HE being a GOD of Covenant is absolutely true!"

"I found this book to be a fascninating read, it made so much sense. Your personal testimony drew me more into the book." 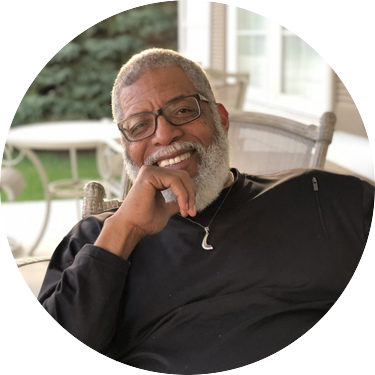 “ I thought I knew all about GOD but I was looking through my “man-made doctrinal” eyes and didn’t realize I was oblivious to HIS true way of operating… HIS character, calendar and kingdom culture.”

Matthew Spivie is the President and founder of Ministry of SHOFAR. Prior to full-time ministry, Matthew was the Vice President of Marketing for one of Iowa’s largest independent banks.

He played a major role in assisting the Bank to extend its market share and more than triple its asset holdings in a little over 11 years of his tenure. Also an independent entrepreneur, Matthew served as President/CEO of MMS & Associates, a creative marketing firm he founded and operated for nearly twenty years while serving on numerous non-profit boards and associations throughout Des Moines and it’s greater metropolitan area.

Raised in a traditional Christian home, filled with an ancestral history of church founders, missionaries, evangelists, Bishops and other church dignitaries, Matthew possesses an unquenchable hunger for the Word of GOD and seeking GOD’S Original Intent. He has spent years in intense Scripture study being mentored along the way by Jewish Torah scholars and Christian academicians and Pastors. His research has resulted in providing him with a keen insight into Biblical Judaism and its true relationship to Christianity.